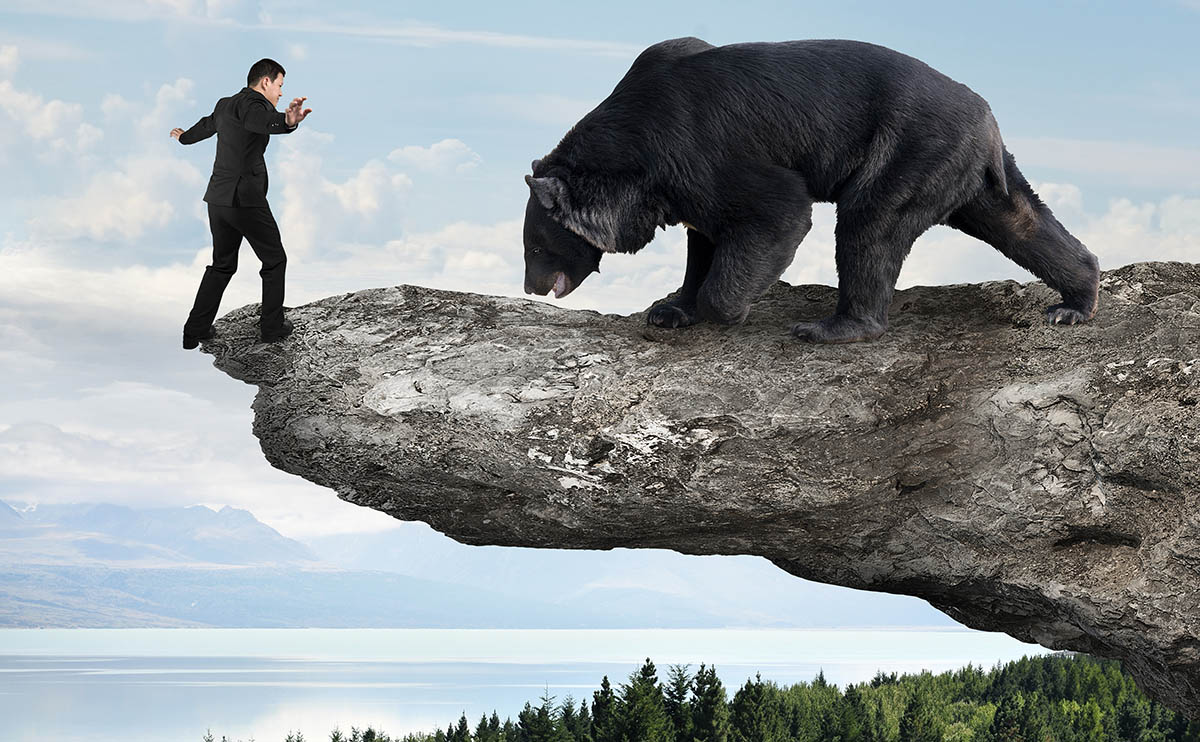 There’s a Lot to be Learned from Bear Encounters

Some people have a phobia of bears to the point that they won’t even step foot onto a state camping ground. That’s a shame, because there is a wealth of life lessons in your typical bear encounter. They provide the benefit of practicing important techniques for interacting with people without all the dangers of talking to another human being. So if you’re rethinking your next camping trip because you’re afraid of bear attacks, try thinking of knowledge you could gain from them instead.

You ever had to share your food with a bear? Probably not, because it’s less like sharing and more like tossing your ice chest into a tornado. But that’s similar to the human child’s natural way of sharing. They grasp the presented food, put their mouths on every inch, and then scatter the crumbs and packaging across the four corners of the earth. It’s great preparation for having kids when you slink out of your tent in the morning to discover the local bears have relieved your campground of all its food, but left behind the broken pieces of everything you own because you didn’t store your food properly.

They say communication is the key to any healthy relationship, but when you’re face to face with the weight of reality, it’s not so easy to communicate what you need. For bears, The National Park Service recommends speaking softly to a bear and slowly waving your arms to let the bear know you’re human. When the bear realizes this, he will likely move on with his life, knowing you are not worth the effort of conversation. This is good advice for wildlife, friendship, and marriage, as it clarifies any questions about where you stand in the food chain.

The NPS also recommends fight or flight when bears attack. They say you should either play dead or run away, depending on if it’s a black, brown, or grizzly bear attack. And when neither of those are an option, just hit its face. A lot. But accept the fact that the bear will still probably kill you. That’s not a bad way to approach human fights. Run away when you can, attack the face when you can’t, and when you have no idea what to do just play dead and hope everyone loses interest and goes away.

The Art of Avoidance

The best way to avoid bears while hiking is to travel in groups and make a lot of noise. That makes sense, because no one really likes large crowds and noise. Mastering this technique with bears is good practice for avoiding other people. Whether you need to stay away from a certain coworker, your neighbor, or your spouse, just be sure you have a group of friends around you at all times. The chances of having to interact with another person will go down significantly. Stomping while you walk and talking about sports, the weather, and the size of your knife collection also help.