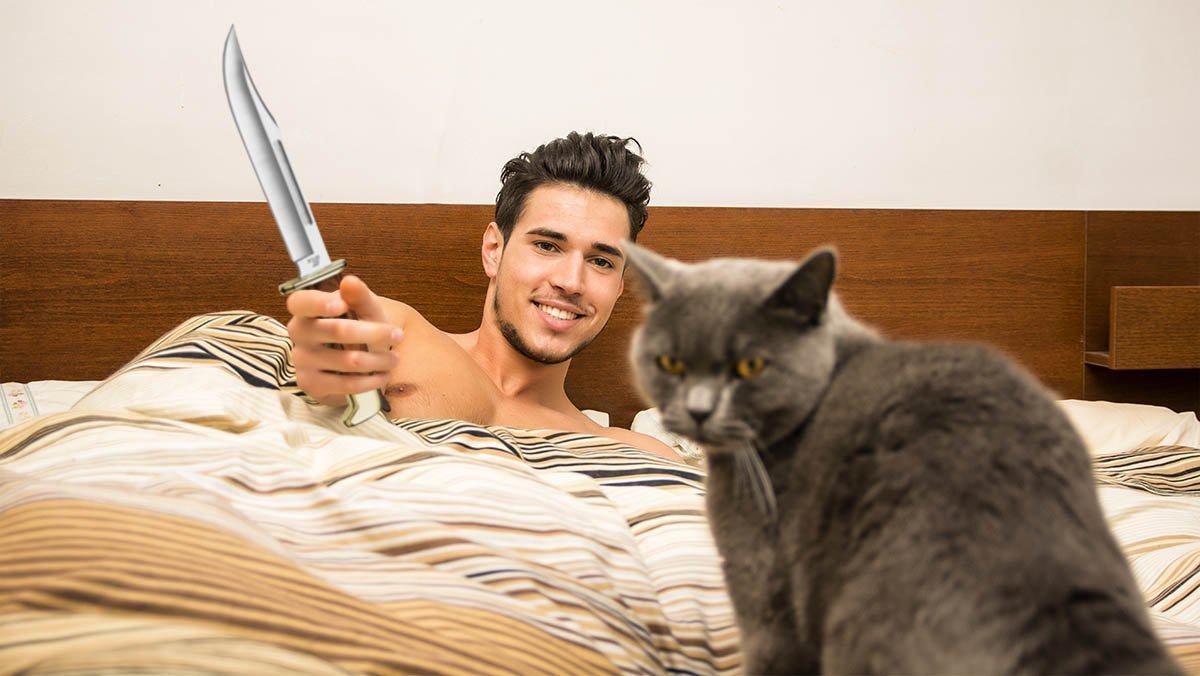 The knife is a handy tool that sees constant and sometimes innovative use in the hands of an avid outdoors enthusiast. But after months of deer skinning, wood whittling, splinter extracting, and rope cutting, it becomes a little less useful and even dangerous. The risk of a dulled blade slipping and cutting you increases the longer you go without cleaning and sharpening your knife.

The cat is in no way handy for any person who is an avid anything. But it’s similar to a knife in that if you don’t sometimes give it the proper attention, something will slip and you will get cut. So in the interest of protecting our fingers and faces from the rough edges of things we take care of, here are a few ways taking proper care of a knife is like owning a cat.

Both Cats and Knives will Ignore You

You should not expect a knife to thank you after sharpening it, any more than you should expect a cat to acknowledge you exist after feeding it. They will both remain silent throughout the whole process, then remain on your chair until you forget where they went and sit on them an hour later.

Water is a dangerous thing to most knives. If your knife gets wet always make sure you at least dry it off. If it was completely soaked it would even be worth adding a coat of oil to it, otherwise it will get rust spots and break down over time.

When the cat gets wet, start by covering your face. That will be its first target. But afterwards you just need to apply a soft towel and a lot of food (no oil necessary). Otherwise the cat will break you down over time.

Use Smooth Circular Motions at a Consistent Angle

For both scratching and sharpening, the best technique is often a gentle back and forth motion on the sharpening stone, but always applying pressure in the same direction and at the same angle. You always want to push the knife in the direction of the blade. If you drag it toward the back you’ll likely rough up the edge and create an uneven bevel.

Similarly, if you scratch a cat the wrong direction, with even an ounce of improper pressure, you will end up putting your hand into a set of teeth and claws that will not let go before you have paid it a pound in flesh.

While knife and cat care are essentially the same thing, we recommend that you do not combine these two things. They are dangerous enough on their own. We would argue that the knife is the least dangerous of the two though, since it won’t tear apart the curtains while you’re gone or unsheathe itself and jump on your head in the middle of the night.